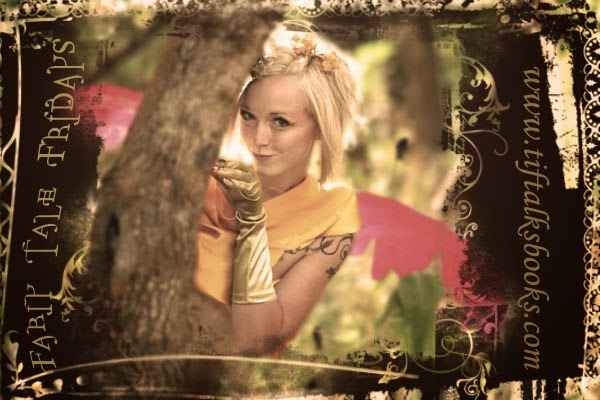 Fairy Tale Fridays is back!!  Just in case you missed the announcement last month, you can check out all the details and a list of my favorite tales here.  Once a month, I will be chatting about the classic fairy tales.  Today, we talk specifically about The Frog King as written by The Brothers Grimm.

I really decided to go with this story because of my love for the Frog Prince in the Fables series.  At first, the Frog Prince is only a minor character, but he eventually turns into a major character in Willingham's graphic novel series ... a character that I adore and stands as one of my favorites of the series.

My collection of fairy tales is still packed away in one of my many boxes, so I had to search out a copy at my local library.  I found The Bicentennial Edition of The Annotated Brothers Grimm with notes by Maria Tatar, and discovered so much more than I was planning for.

Many may remember The Frog King with the title of The Frog Prince, the story of a prince that was cursed, but brought back to human form thanks to a kiss from a princess.  Disney used this little tale as inspiration for The Princess and the Frog.  However, when I began to read this tale, I discovered that it is so different from my memories of the story!

The Brothers Grimm re-wrote many of their stories to add lessons or to make them flow more smoothly (from the dictated versions of oral tradition).  The beginning of this story is a prime example of how the stories have changed over time.  The original version from 1812 begins like this . . .


Once upon a time there lived a princess.  One day she went into the forest and sat down by a cool well.  A golden ball was her favorite toy.  She loved to amuse herself by throwing it up into the air and catching it when it came back down.


Once upon a time, when wishes still came true, there lived a king who had beautiful daughters.  The youngest was so lovely that even the sun, which had seen so many things, was filled with wonder when it shone on her face.

There was a deep, dark forest near the king's castle, and in that forest, beneath an old linden tree, was a spring.  Whenever the weather turned really hot, the king's daughter would go out into the woods and sit down at the edge of the cool spring.  And if she was bored, she would take out her golden ball, throw it up in the air, and catch it.  That was her favorite plaything.

That is quite the difference!  As an aspiring author myself, I found this change quite amazing.  The images flow more freely in the second and updated version.  They both give the same message, but the latter is really much more enjoyable to read.

As I continued to read, I also discovered another interesting difference.  The story that I grew up with and that many think of when they think of the Frog Prince, ends with a kiss from a princess.  However, that is not what happens in the original tale.  What actually happens is that the princess gets annoyed with the frog and throws him against the wall.  In fact, the princess is not a sweet little girl, but a snotty brat that breaks promises and throws innocent little frogs in the hopes of harm.  Of course, after the frog turns into a prince, the two still get married.  I am just left wondering why the marriage ever took place.  Why would the prince ever want to marry a woman who throws you across the room in her anger and frustration?!?

As I read the annotated edition, I was also quite surprised at the sexual overtones.  In the original version, after the princess throws the frog against the wall, he "falls down into her bed and lies there as a handsome young prince, and the king's daughter lies down next to him."  I won't even go into the detail about the frog being used as phallic symbol.  All this just ruins my innocent little thoughts about this story!

After reading The Frog King in its original form, I think I much prefer the more modern version.  I would rather think of the prince or princess as more of a hero, than a man that decides to marry an ungrateful woman that throws innocent animals in her rage.

I could go on in more detail regarding my thoughts about the story. . . about the importance of keeping a promise or the introduction of a character in the final paragraphs of the tale or the use of folk sayings within the story . . . but, I will not.  I will leave you with only the points that left with me the largest impact after revisiting this tale.  I now invite you to read a version of the tale here, then let me know your thoughts.

What do you remember about The Frog King (or The Frog Prince)?  What were your thoughts after you read the tale?  Was it as you remembered it?  What differences stood out to you?