I read my first graphic novel back in my college days for a literature class.  It was Maus by Art Spiegelman and it left a mark on me that I will never forget.  For some reason, it took me a decade to return to graphic novels.  A few years ago, I picked up another graphic novel and I have not set them down again.  I read them regularly and am always looking for more recommendations. 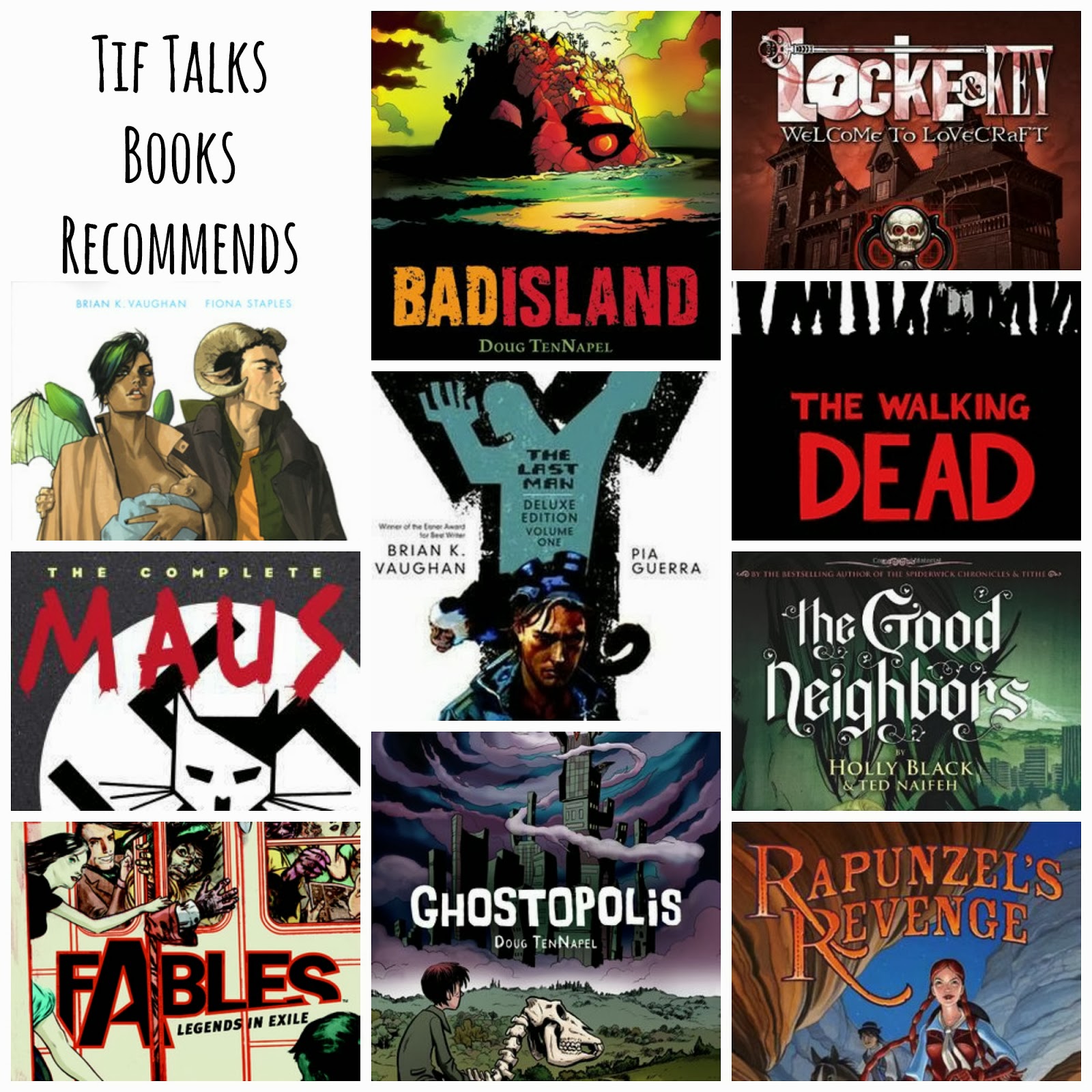 If you are looking to pick up your first graphic novel or to find a few more favorites to add to your collection, I now share my top ten current favorites, in no particular order.

What are some of your favorite graphic novels?  Which graphic novel would you recommend to a newbie to the medium?
Posted by Tif Sweeney at 7:00 AM