For April's selection for Tales to Tomes Online Book Club, it was voted by the majority to read Incarceron by Catherine Fisher.  For me, this was actually a second read.  The first time, I listened to the audio version; the second was a read of the actual book held in my own two hands.  Before I get into my thoughts, however, let's visit a synopsis . . .


Incarceron is a prison so vast that it contains not only cells, but also metal forests, dilapidated cities, and vast wilderness.  Finn, a seventeen-year-old prisoner, has no memory of his childhood and is sure that he came from Outside Incarceron.  Very few prisoners believe that there is an Outside, however, which makes escape seem impossible.

And then Finn finds a crystal key that allows him to communicate with a girl named Claudia.  She claimes to live Outside - she is the daughter of the Warden of Incarceron, and doomed to an arranged marriage.  Finn is determined to escape the prison, and Claudia believes she can help him.  But they don't realize that there is more to Incarceron than meets the eye.  Escape will take the greatest course and cost more than they know.  (Google Books)

I believe this to be my first true steampunk read.  The genre alone intrigues me.  Being the first, however, I was not really sure what to expect.  As mentioned earlier, my first read was actually a listen late last year.  When I first started listening, I had very mixed feelings.  It was a slow start and I was a bit confused with the details of the story.  The only thing that kept me going was the narrator, Kim Mai.  Mai was simply mesmerizing to the ears!  And, thank goodness!!  About half way through, the story began to piece together and became much more interesting.  The action picked up and so did my investment in the story!

As I picked up the book this time around, I was thankfully at an advantage because of the previous listen.  I knew what was coming, what to look forward to, and the characters were able to stick with me much more the second time.  I went in with a better understanding and came out with a greater love of the characters and their development . . . Attia being my personal favorite by far, with Finn being a far second.  Claudia and Keiro, on the other hand, I still have mixed feelings about! 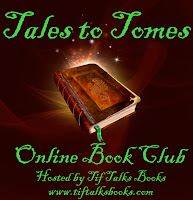 Since finishing the book, I have picked up the sequel, Sapphique.  I can't seem to get through this one fast enough, with the action starting from the first chapter and immediately catching my attention.

All in all, I enjoyed Incarceron, though it took me a while to get into the story.  In fact, it was better the second time around, so I recommend adding it to your re-read list if you didn't get hooked the first time!

What were your thoughts?  Would you recommend a re-read on this one?