Choose My Next Adventure

I have recently been basking in my many piles of unread books, and trust me, there are many of them!  As I explore (and maybe pet!) these books, I have discovered that I have many in a series that I have not yet read or partial series that I've really been meaning to get to.  I have not really read a full series recently and I think that it is about time!  Afterall, what is better then turning the final page of a book and knowing that I can still jump right back into the adventure without quite saying good-bye just yet!

However, I have a problem!  I have so many stinkin' books that I have decided to provide you with a partial list and you get to vote on my next grand adventure!  I have narrowed my selection down to ten for convenience purposes and have included the first sentence from the first in the series.  Read through the following choices and then click on the link below to vote.  I will read the series with the most votes during the month of August! 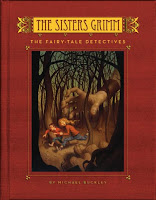 The Sisters Grimm:  The Fairy Tale Detectives by Michael Buckley

"I'm going to die of boredom here, Sabrina Grimm thought as she looked out the train window at Ferryport Landing, New York."

"If someone had asked Jared Grace what jobs his brother and sister would have when they grew up, he would have had no trouble replying." 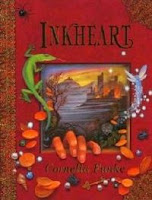 
"I'd been waiting for the vampire for years when he walked into the bar."


"Deucalion seldom slept, but when he did, he dreamed."

The Girl With The Dragon Tattoo by Stieg Larsson


"It happened every year, was almost a ritual."

The Bourne Identity by Robert Ludlum


""You seem to be a mass of contradictions," Dr. Washburn said."

The Spellman Files by Lisa Lutz


"I duck into the parking garage, hoping to escape." 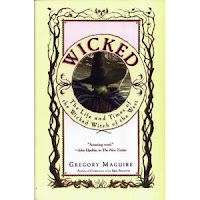 
"From the crumpled bed the wife said, "I think today's the day.  Look how low I've gone.""


"Silas Heap pulled his cloak tightly around him against the snow."


CHOOSE MY NEXT ADVENTURE
Last, but not least, I also want to throw a big thanks out to my book-ish friend, J. Kaye for conversing and recommending many of these books to me!  I know that I can always rely on you for some great literary chat!
Posted by Tif Sweeney at 8:27 PM