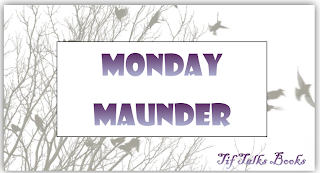 Since it is now July, it is time to chat about what happened around Tif Talks Books during the month of June!  I can tell you that both my reading and blogging took a hit, so I'm hoping to play some major catch-up this month in both categories.

The TOP POST for the month in both hits and comments was my Bloggiesta announcement post.  No surprise there.  These kinds of events tend to generate more traffic.  In the past I usually post only my pieces that receive the most comments and hits, but I thought I would also share a little something from the other end of the spectrum as well . . . a post that I feel passed under the radar and could use a bit MORE LOVE.  This post did not receive the least number of hits or comments, but it is a review of a book that took me completely by surprise and I want to talk more about not only this book, but the author in general.  If you have a moment, swing by The Peach Keeper by Sarah Addison Allen and share your thoughts!

My TOP PIC for the month was once again book related.  No surprise there!  It's a classic chilling in my backyard. 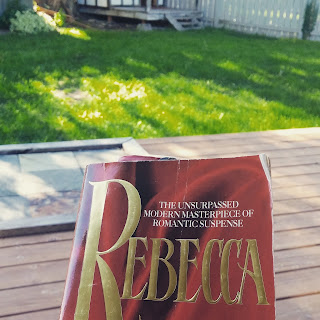 The list of BOOKS READ this month was much smaller than it has been.  Thankfully, they were all good reads and I enjoyed each one of them.

Of course, if I had to choose just one to be my FAVORITE READ  of the month, I would probably have to go with The Invention of Wings by Sue Monk Kidd.  I was looking forward to that one, was a bit disappointed that it started out slow for me, but ended up loving it.  It has such depth on so many fronts!

As for the month of July, I've got all sorts of plans.  First and foremost is to get caught up on the stack of reviews I have sitting next to me.  Secondly, I plan to read a much larger stack of books.  Some possibilities include Atlas Shrugged for the read-along hosted by Ti of Book Chatter, as well as The Girl on the Train by Paula Hawkins and Quiet by Susan Cain.  I also picked up a stack of graphics novels and comics from the library that I hope to get to.  I have a few others on my stack, but I will read whatever calls to me once I'm done with these ones.

How was your June?  What are your plans for the month of July?
Posted by Tif Sweeney at 9:47 PM