The Shining: Book vs Movie 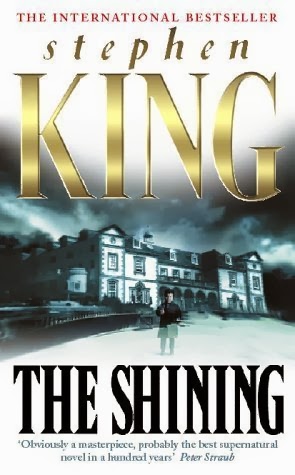 The Shining by Stephen King is one of the most acclaimed horror novels on record.  The movie by Stanley Kubrick is widely praised as a cult classic.  However, with most movies and books, a number of significant differences exist, resulting in one being much better than the other.

Let's start with King's work since it is the original.  The Shining details the Torrance family - Jack, Wendy, and Danny.  Jack is a man with aspirations and responsibilities, but also a man that struggles with an addiction to the bottle.  Danny is a young, innocent child that was given a special gift of the "shining" - he KNOWS things and SEES things.  To uphold his responsibilities, Jack takes his little family to the secluded Overlook Hotel in the mountains of Colorado for the winter.  He wants a fresh start and he believes this is the answer.  Needless to say, it is not.

King builds an elaborate world, developing his characters deeply.  The first time I read the book, I did not catch the foreshadowing, the depth of his characters, the complexity of the situation.  However, in my recent re-read for the #shinealong, I fell into this well-constructed world of the Torrance family.  I could relate to the fight for a marriage and the hardships of a mother.  In the end, there was a creepiness as well as an appreciation for this piece of work. 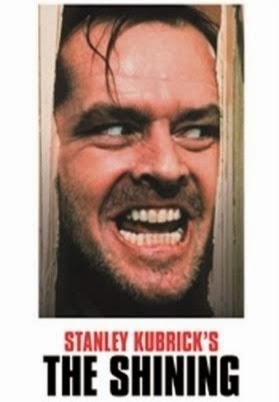 Since I re-read the book, I thought it was only fair to re-watch the movie.  I was not a fan of the film the first time around, but could not pinpoint the why after so much time had elapsed more than a decade ago.  As I started watching it, it was like I was watching it again for the first time.  I really had not remembered the movie beyond a few iconic photos.

In the movie, I found many issues that made it frustrating for me.  Wendy was weak.  In the book, she had a history that explained behavior that may be construed as weak, but she was far from it.  She was a fighter, a woman who fought for her family and for her son.  Danny's "shining" was awkward in the movie.  Tony lived inside him and spoke from his own mouth, indicated by a movement of his hand.  In the book, this relationship with an imaginary friend was portrayed in a more developmentally friendly form, like any other child who would interact with a friend invisible to adults.  And, Jack - well, I didn't like him in either case - but, he was easier to attempt to sympathize with in the written version.

Beyond the characters themselves, I did not like the ending in general in the movie edition.  Without spoiling the ending, I will only say that the book was simply creepier and there was more closure to the story.  (I do know a miniseries was made that followed the book closer than the movie.  It has been a long time since I viewed this version, but if my memory serves me well, I preferred the miniseries.  The acting was hard to compare to Jack Nicholson, but the story was more accurate and the characters more fitting to their roles.)

The Verdict:  Read the book.  Forget the movie.

Have you read the book and watched the movie of The Shining?  Which did you prefer?
Posted by Tif Sweeney at 7:00 AM