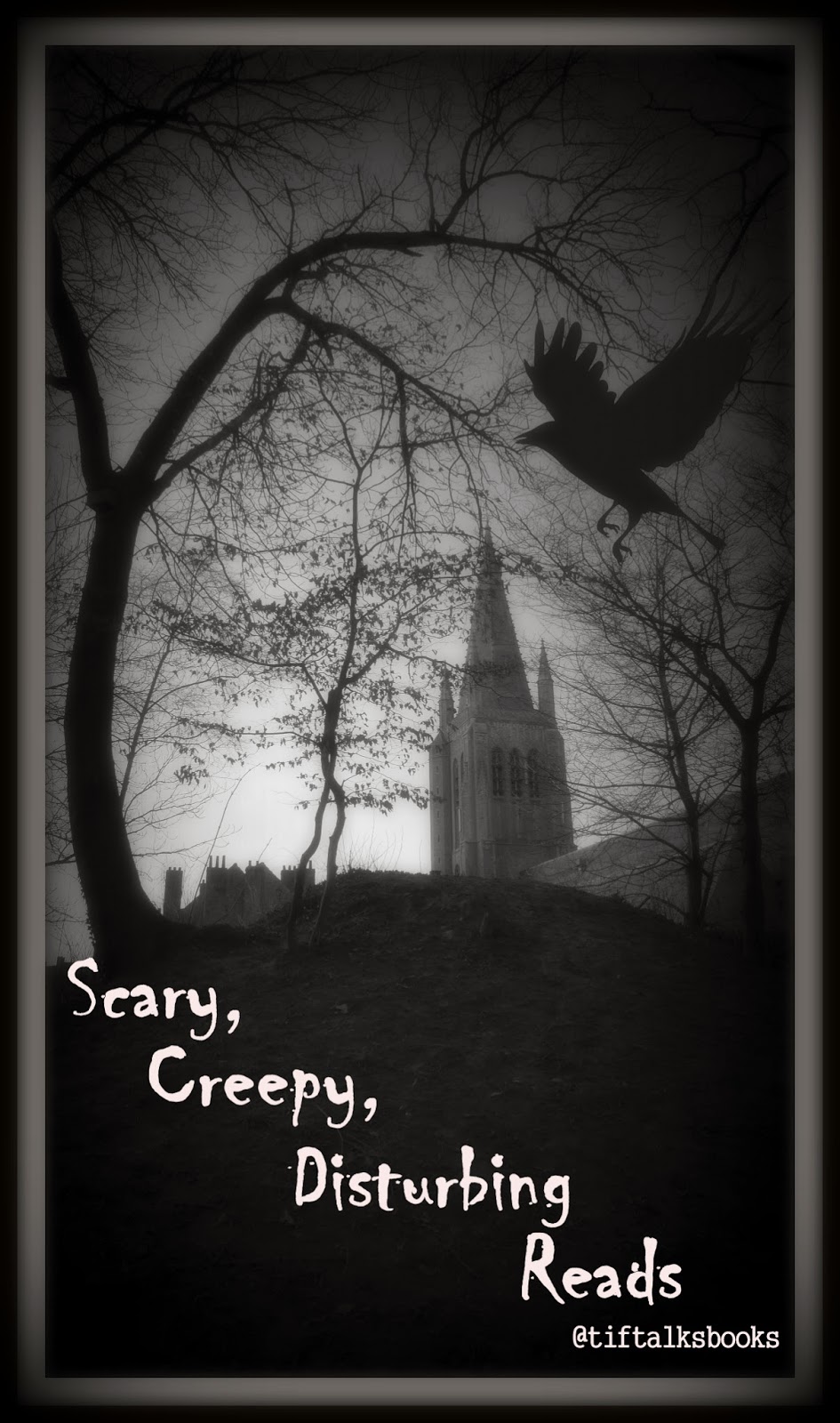 As I look at these titles, a few thoughts come to mind.  (1) I'm surprised that more King does not appear on the list, particularly The Shining and It.  (2)  I think disturbing really helped to bring out some of these titles.  For example, Room and Gone Girl I do not feel to be scary or creepy, but disturbing very much so!  (3)  I think I need to read some James Herbert.

Thanks to my readers who responded to my inquiry about the scary, creepy, and disturbing reads in your life!

What do you think?  Do you agree with these titles?  What other books would you add to this list?
Posted by Tif Sweeney at 7:00 AM