I am excited to introduce Maria Hughes of Childrensbookstore.com!  She is here to talk a little controversy with you, so please read on! 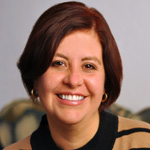 Growing up in modern society means that children are exposed to a rich culture of diversity, technology, and have access to an incredible vault of collected information. However, some of that information--particularly controversial children’s books--doesn’t always please those charged with assisting children with their reading choices.

Indeed, as research on child development has demonstrated, the most significant time in a child’s life to develop socially and emotionally is during those crucial formative years--from birth to 12-years-old. During this time, a child learns about trust, empathy, self-awareness, and if we refer to the original child development pioneers, Jean Piaget and Erik Erickson, children with either reach these developmental milestones or they’ll fall behind their peers, and learning about the lives of the people that make up the society around these children is part of that.

For instance, there are dozens of children’s books on controversial topics. Take “A Tale Of Two Mommies” by Vanita Delschlager on gay couples as parents, or “The Un-Wedding” by Babette Cole which discusses the good that can come from a divorce. Judith Vignas “I Wish Daddy Didn’t Drink So Much” is another story that many parents are likely to steer kids away from. Indeed, one parent who read and reviewed that book wrote, “Yuck, yuck and double-yuck. I'm all for building a body of fiction to help kids cope with issues, but this is a nasty addition to the bunch and could destroy more than a few already-fragile kids...”. But does exposure to these kinds of topics “hurt” their young readers? Or does it foster the kind of empathy that most caregivers hope to inspire with the kids in their lives?

The idea of entrusting a grade-schooler with a story book about same-gender parents, teen pregnancy, or the death penalty is enough to make many parents and caregivers squeamish, for instance. Some researchers believe that giving kids access to certain kinds of information, say information like the themes from the storybook, “My Princess Boy” about a little boy who prefers to dress like a girl, should be avoided. However, In Bruce Carrington and Barry Troyna’s Book, “Children & Controversial Issues: Strategies For the Early & Middle Years” the authors premise suggests that children are sophisticated enough to handle learning about such topics as politics, gender and human sexuality, anti-sexism, and racism, and not only that, that it should be discussed in the classroom.

Conversely, many people agree that these kinds of discussions should be banned from the classroom entirely. One mommy blogger wrote that in her view, “Parents absolutely should have a right to notification and an option to withdraw their children from controversial teaching. Teachers’ rights to teach do not supersede parents’ rights to parent, and their wishes should be respected. After all, we’re the ones that are raising them -- from diapers to graduation caps; it’s parents that do the heavy lifting. When they turn 18 and go out into the world, they can complain to their therapists that mom and dad wouldn’t let them stay in class to hear how fish are more important than people, or how lesbians do it.” There are some kids books which may have been deemed socially acceptable in the time written, are now considered by some--like Mark Twain’s “The Adventures of Huckleberry Finn”--too racist.

While kid-friendly reading decisions aren’t always simple, one thing is clear...whichever route parents, teachers and caregivers choose to take, the decision to encourage kids to read should go without saying. But, the kinds of books kids do end up reading--controversial or not--is one that most caregivers don’t take lightly, and children’s libraries represent this.

Still curious? Check out the list of tricky titles below and consider if you would add or remove them from the library the kids in your life have access to.

Maggie Goes On A Diet By Paul M. Kramer
Bumble-Ardy By Maurice Sendak
Heather Has Two Mommies By Leslea Newman & Diana Souza
The Boy Who Cried Fabulous By Leslea Newman
The Catcher In The Rye By J.D. Salinger

+Maria L Hughes is a children’s book enthusiast and online publisher for childrensbookstore.com.

"Childrensbookstore.com is the best full independent store on the internet that is 100% dedicated to juvenile literature."
Posted by Tif Sweeney at 8:00 AM