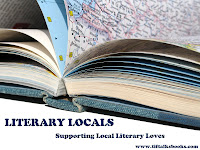 **I mentioned last week that I am bringing back Literary Locals, a feature where I highlight a number of local literary loves in my area.  This is the first of many diverse posts to come.**

Since the beginning of the year, I have had the opportunity to attend a number of author events in my area.  This week, I plan to share a few of these events, with more to come later this month!  The first one was an event that re-surged my love for author events, and one that was extra special to me . . . Mary Pope Osborne, the author of the beloved Magic Tree House series!

Mary Pope Osborne visited one of my local libraries back in January and she had an amazing turnout!  I am so glad that we arrived when we did because people literally had to be turned away after the event surpassed more than 700 attendees!  It was an event that I decided to initiate my 6-year-old son, since we were reading the chapter books together in the months prior to the event.  I wanted to share with him one of my personal loves.  I wanted him to meet the author of the books that he enjoyed exploring the world through, both past and present. I wanted him to see that there is a person (just like you and me) that created these stories that we have bonded over.

The event started with a brief introduction about the author by one of the librarians, and was followed by a brief talk by the author herself, sharing her experiences and ideas for the stories featuring a sibling duo, Jack and Annie.  Osborne spoke about her research for the books, the stories that are yet to come, and even polled the audience on what they thought should be part of Jack and Annie's adventures in future editions.  At first, I was a bit disappointed that we had come all this way to only listen to the author speak for 15-20 minutes, but I quickly understood why!  With that many people waiting to have her sign the books, Osborne and the library staff probably did not want to be there all night with such a young crowd!  We were in one of the last groups to meet the author, so we hung out for a long period of time.  Thankfully, the librarian was amazing and kept us entertained the entire time with games and a little stand-up comedy!  (And, many think that librarians are just good for finding and recommending books!) 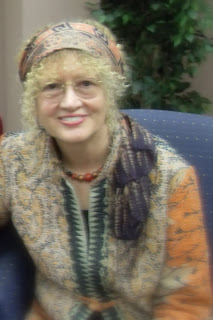 The time finally came for my son and I to meet the author.  The poor little man was exhausted and hungry, but you could just see the anticipation in his face as we approached the table for signatures.  He is a very quiet little man, so he just stood there in awe as he handed over his little stack of books.  We then quietly walked over to Osborne to snap a picture.  (I typically do not post pictures of my children on the site, so I have cropped him out.)  I was really curious to hear what his thoughts were of his first author event, but he really didn't say much until we got back in the car for the drive home.  Once that door was closed and the car was started, the questions and comments began . . . Mom, that was the person who wrote about the magic tree house?  Do you think she did those things?  I am so excited to read more about Jack and Annie's adventures.  That was really cool! . . . Needless to say, my heart was bursting with pride at this point in time!

Though this night was a wonderful bonding event between my son and myself featuring one of my passions, I also learned a few things along the way as well!  Here are a few tidbits for you . . .

I have not yet had the opportunity to take my son to another author event since, but I am now constantly on the lookout!  Until then, we simply share the love of reading together, cuddled on the couch and exploring more adventures featuring Jack and Annie, among others!

I am now excited to announce a little giveaway thanks to this author event!  I had a couple of extra used copies (in good condition) of the first two books in Osborne's series (Dinosaurs Before Dark and The Knight at Dawn) stamped with signatures by Mary Pope Osborne and her sister, Natalie Boyce.  You now have the opportunity to make these copies your very own.  Simply fill out the form below by Saturday, July 30, 2011 at 11:59 p.m. CST.  The winner will be emailed and announced the first week of August.  US Residents ONLY please.
Posted by Tif Sweeney at 10:11 PM