Before September disappears into history, I decided that it was about time that I wrote about the topic of series.  I've been wanting to discuss the difference between series books and those that stand alone for quite some time and when Lisa at Her Book Self announced her Series in September, I decided to wait in honor of this event!  Next thing I know, I am only days away from the end of the month, so now's the time for the question . . . 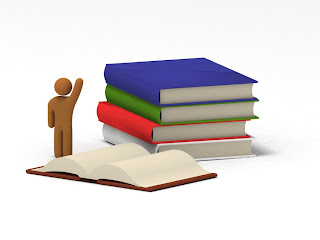 Many years ago, I used to only read stand alone books . . . those books that once you read that final page, you are done with the story, the characters and their situations come to a close, and (mostly) you feel satisfied by that last word.  Of course, there were a few books out there that were part of a larger whole . . . Little House books by Laura Ingalls Wilder, The Boxcar Children by Gertrude Chandler Warner, and maybe a few others.  Overall, I simply was satisfied with the one time reads.
Then, one specific series got me hooked and my desires began to change.  More than ten years ago, I picked up Harry Potter and the Sorcerer's Stone by J.K Rowling and discovered that I fell in love with the characters, wanting to revisit their lives and adventures beyond just their first.  I wanted to see how Harry, Ron, and Hermoine matured and which direction their lives went.  From that day forward, I was hooked!
I have now discovered that once I find characters that I love, that I can relate to, and a story that is just plain fun to fall into the adventure, I want to come back again and again.  I do not necessarily want to read the same story again, so a re-read is not really the point.  This is where a great series comes into play, where an author carries on the story with the same characters, but just keeps me wanting to come back for more!
Today, I read a good mix of books from series and stand-alones.  I like to mix things up a bit!  Sometimes, I'm in the mood for becoming completely engrossed in a completely different world . . . sometimes I like to take "series shots" (read a book here and there, but not all at once) . . . and sometimes, I just need a book that I can read and not be left with a cliff-hanger ending, wondering what happens next.  They each have their perks, but it really comes down to how I'm feeling to determine my latest read.  Lately, it is complete immersion in series!!
Do you prefer series or stand-alones?  Why the preference?
Posted by Tif Sweeney at 8:29 PM