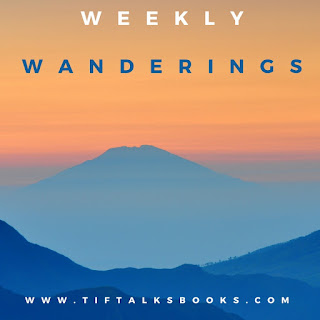 Now that we are days into the new year, I thought it was time to start sharing my usual end of the year thoughts.  However, before I can get into the 2016 details, I thought I had better look at the final month of the year.  So, let's get to it!

The TOP POST for the month was two-fold:  Hinges of Broams Eld by Jennifer Cano had the most hits for the month, but Weekly Wanderings:  Currently . . . Sick & Tired had the most comments.  This was a bit exciting, especially to see a book review back to the top of the list!

The TOP PIC was an amusing one!  My family did a little white elephant exchange, and I got this very fitting gift!  I did have it stolen at one point in time during the evening, but by the end of the night, it was all mine! 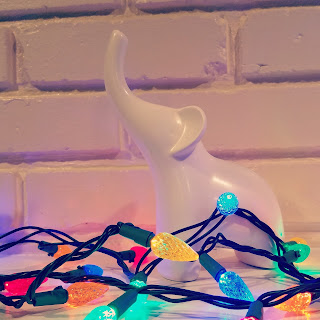 I did not get a lot of BOOKS READ during the month, but they were both fabulous reads.  In fact, I'm going to say that my FAVORITE READ was a tie between the two!

I was so thankful to see this month and the year 2016 come to an end.  It did not start on a high note, and it did not end on one either.  In fact, at the very end of the month I woke up to all of my Christmas decorations vandalized in my front yard.  I had to throw my lighted Christmas trees and a lighted reindeer in the trash, and it just broke my heart.  I'm definitely looking forward to a new month and a new year.  We have a lot of things up in the air going into this first week, but I am trying to remain positive.  Thankfully, I can already say that reading is already off to a better start than in 2016.

I will be back soon to begin my end of year posts now that December is officially wrapped up.  I can't wait to share these posts with you!