Fairy Tale Friday: The Wolf and the Seven Little Kids 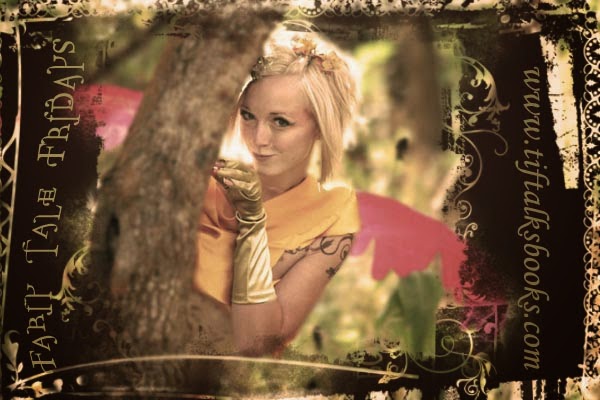 Welcome to another edition of Fairy Tale Friday, a monthly feature discussing a variety of fairy tales!

This month, I am continuing to work through my big book of Grimm and picked up the really short tale of The Wolf and the Seven Little Kids.  You can read a version of this tale yourself right here.

A quick summary of the tale . . . a mother goat of seven kids needed to run an errand and leave the children home alone.  She warned them of the wolf, particularly of his rough voice and black feet.  The wolf attempts to break in, but the first time is spoiled because of his rough voice.  He remedies this by eating chalk to smooth out his voice.  (WHAT?!?)  The second attempt was foiled by his black paws, but he enlisted help (unwillingly).  The third attempt was success and he was able to eat the majority of the kids.  When the mother returns home, she finds one child left hidden and the wolf sleeping soundlessly with her remaining kids still alive and moving in his belly.  She carefully cuts the wolf open, removes her children, fills him with stones, and then sews him back up.  He awakes to a very full tummy that results in him falling in a well and drowning.

A number of things come to my mind while I was reading this tale.  Let's take a look at each one . . .

When the wolf enlisted help to cover his black paws, he threatened the help.  This line appears . . . "Then the miller was afraid, and made his paws white for him.  Truly, this is the way of mankind."  What is the way of mankind?  Is it to fall to peer pressure?  Is it the weakness of not wanting to die?  I'm not exactly sure what this "way of mankind" is truly referring to.  It sounds so cynical to me!  Maybe I shouldn't be surprised because it is Grimm, but that one sentence is so loaded!

How in the world did the mother goat cut her kids out of the wolf's belly, fill it with stones, and then sew him back up without him waking up?  Does this refer to the predator being too confident in his prowess that he cannot be harmed by his prey?  Or, does this refer to something else entirely?

Last, but not least, this story had to have been an inspiration for Little Red Riding Hood.  I see so many parallels between the wolf in this story and the wolf in the classic tale.  It really makes me curious which story came first, or if they are different versions of essentially the same story!  Do both serve as a lesson that evil can be easily disguised?

Lots to ponder for such a short tale!

Have you read The Wolf and the Seven Little Kids?  What are your thoughts on the story?  Any reactions to my initial thoughts that I mentioned above?
Posted by Tif Sweeney at 6:00 AM