Jack of Fables by Bill Willingham

Bill Willingham has created an elaborate modern fairy tale world in his graphic novel series, Fables. Of the multitude of characters, one of the most famous is Jack . . . Jack of the Beanstalk, Jack Frost, Jack Be Nimble, etc. All of these characters are one and the same man, and this man is TROUBLE! It only makes sense that Willingham would create a Fables spin-off featuring Jack. 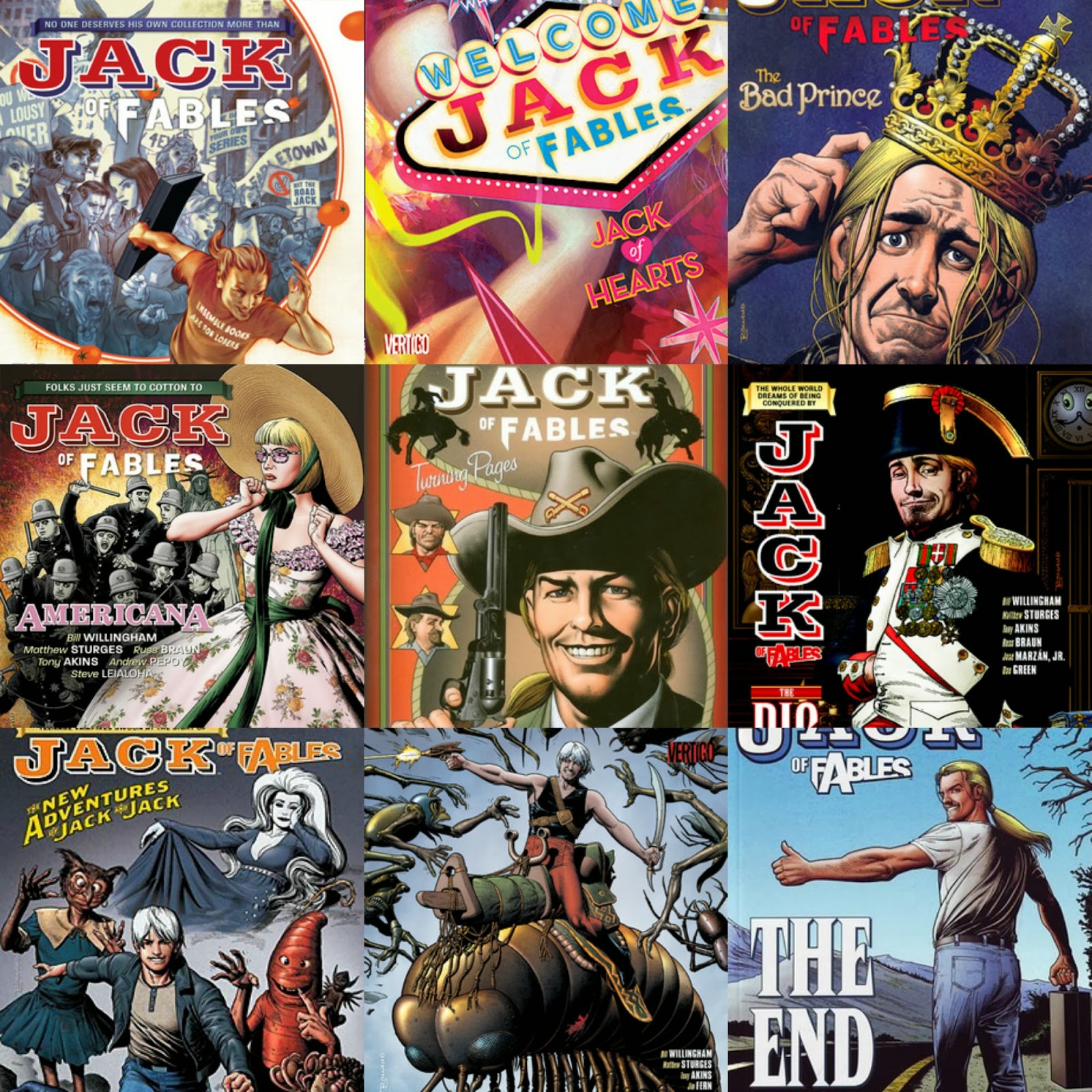 Jack of Fables contains nine volumes, and it is recommended that you read them in a particular order, in conjunction with the original series. Kelly of The Written World has an elaborate how-to-read guide for this series that I recommend you check out. For the purposes of my review here, I leave you with a simplified version of the volumes:


Jack is a man that only desires women and money, with the latter being his ultimate priority. All of his adventures focus on these two things, with frequent reminders from Jack himself about how amazing, handsome, and perfect he really is. In reality, he is quite the opposite as the women in his life always find out in the end.

Jack of Fables is a fun read, despite my constant annoyance with Jack. Willingham’s other supporting characters (notably the Page sisters) make up for what Jack is lacking. As the series progresses, I do believe the series improves … for the most part. Maybe that is because of the fate of the infamous Jack and the increased appearances of Jack Frost. The second to the last book in the series (Volume 8, The Fulminate Blade) proved to be one of my favorites of the series because of the focus on the Page sisters and this new hero, Jack Frost. However, the ninth and final volume of the series left me completely empty. Once I get over the initial shock, I think I may just be disappointed in The End.

Overall, the series is an entertaining read, but it pales in comparison to the original Fables. Some of this is because the story shies away from Fables into Literals. Some of it has to do with the likeability (or the lack thereof) of Jack, the main focus of the series. I still recommend the series, however, for two reasons: (1) to fully appreciate the world that Willingham has created and (2) to better understand the Fables series when the crossover occurs.

Have you entered Jack’s world? What are your thoughts about Jack and/or his adventures?
Posted by Tif Sweeney at 7:00 AM