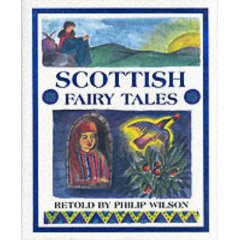 This is another book that my mother-in-law picked up during her Europe travels! According to its description, it contains “the traditional stories of the Celtic lands,” some of the “best and most gripping of Scotland’s traditional tales.” For those who may be curious, I have included the list of the tales below:

I’ve marked some of my personal favorites with the asterisks (**)!!

Some things that I noticed as I read these stories . . . The stepmothers are always the evil or jealous ones! Why is that?!? And, it always seems that the stepmother’s children are just not as pretty or desirable as the king’s? Isn’t it amusing that this is always the trend in fairy tales?!? I also discovered that there were many similarities between the Scottish fairy tales and those that I grew up with here in the States. Not only because of the details mentioned above, but in many of the story lines as well. I’m curious . . . does anyone out there have some history on these and why these similarities exist? I would be very curious to learn more!!
Posted by Tif Sweeney at 11:23 AM