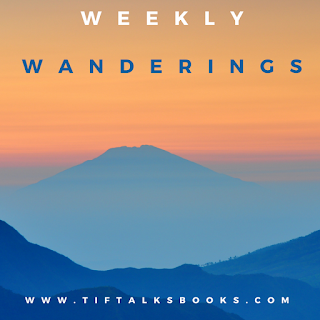 I could be checking in today on the craziness of my week, but lately that seems to be the story of my life.  Instead, let's talk about one ... well, actually two ... of my favorite things ... GRIMM.  If you are a long-time reader of this blog, you will know that I am a fan of fairy tales, particularly those by the infamous Brothers Grimm.  I used to host a weekly feature a number of years ago called Fairy Tale Fridays.  I discontinued it, but continue to return to fairy tales over the years, in my reading, blogging, and writing.

Six years ago, a new TV show debuted called GRIMM, and I knew that I had to check it out.  Each episode took on some familiar tales, and some not-so-familiar tales, and brought it's own unique spin.  The show was weird, and tended to be violent, but I was determined to not miss a single episode because I became so invested in the characters.  Nick Burkhardt was a detective with a family secret that quickly turned his life into a tailspin.  But, this little secret sent him on a journey that would bring some unexpected friends to his side, my favorite being Monroe.

Last week, the final episode of the entire series aired.  I did not expect to feel so sad to see this show end.  It's one of the few shows that I have watched beginning to end in real time, and I will miss this group of friends.  This group of friends, different in so many ways and historically bred to be enemies, joined together to make one unbeatable team.  They won me over, but now it is time to say good-bye.

Good-bye GRIMM.  You are gone, but not forgotten.  You will go down as one of my faves, not only because the show was creative and brilliant, but also because it taught all of us that despite our differences, we can band together to fight for the good of humanity.

Are you a fan of GRIMM?  What did you think about the series finale?
Posted by Tif Sweeney at 8:00 AM